75 years ago today, on the 7th August 1943, Supermarine Spitfire Mk IXb MH434 rolled off the Castle Bromwich production line. After flight testing by Alex Henshaw MH434 was delivered to No.222 (Natal) Squadron and flown regularly by Flt. Lt. Henry Lardner-Burke DFC, scoring seven and a half kills.

Post war MH434 served in both Dutch and Belgian air forces before returning to the UK in the early 1960s to become one of the very first civilian owned "warbirds". Unique in having remained airworthy for almost its entire existence, MH434 became a famous air display act through the 1970s and 80s particularly in the hands of the late, great, Ray Hanna who acquired the Spitfire for his fledgling Old Flying Machine Company in 1983.

Still based at Duxford today, in the ownership of OFMC and the Hanna family, and regularly displayed by some of the best pilots in the business, MH434 continues to hold a special place in the hearts of enthusiasts despite the ever growing numbers of restored Spitfires on the display scene. 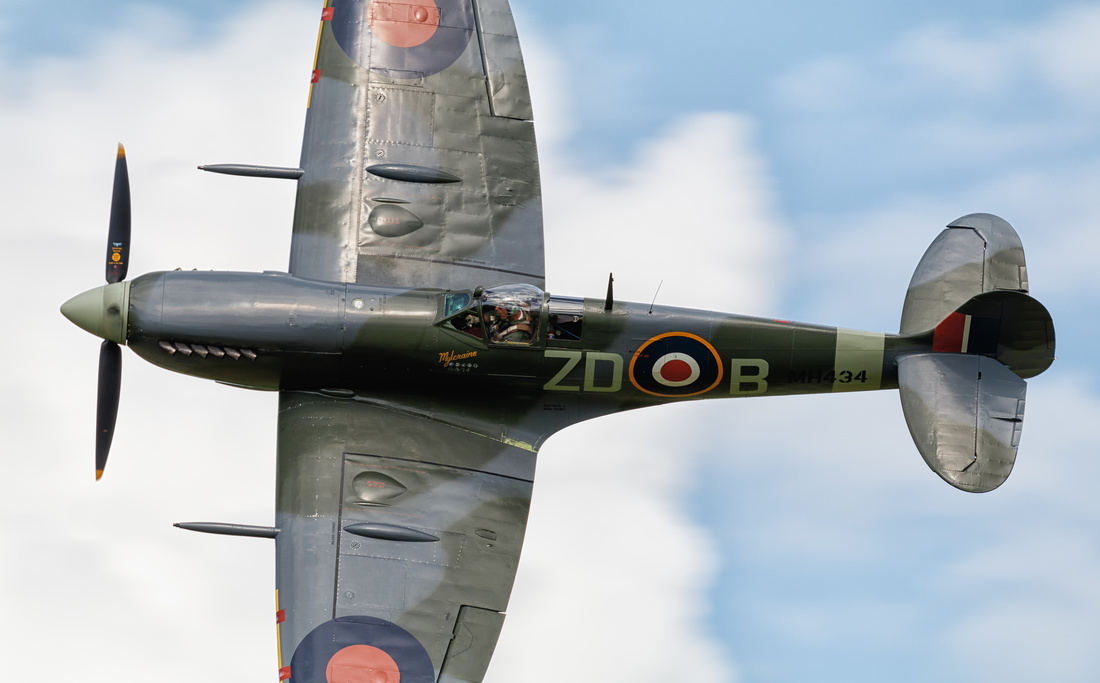 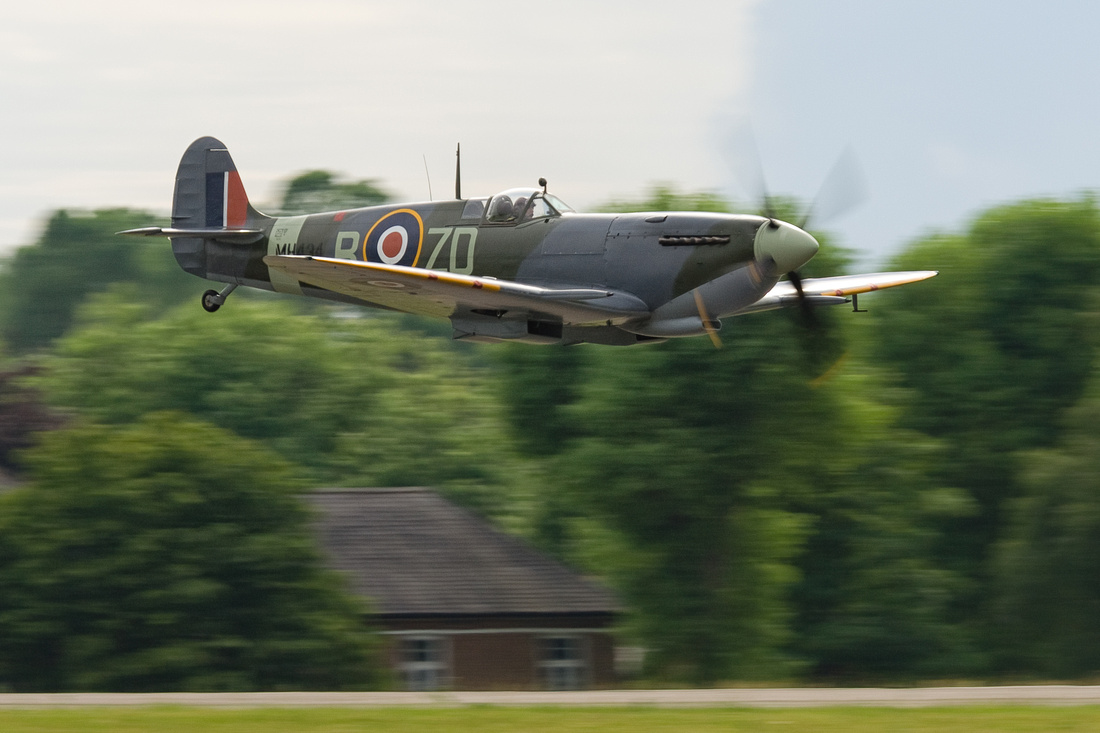 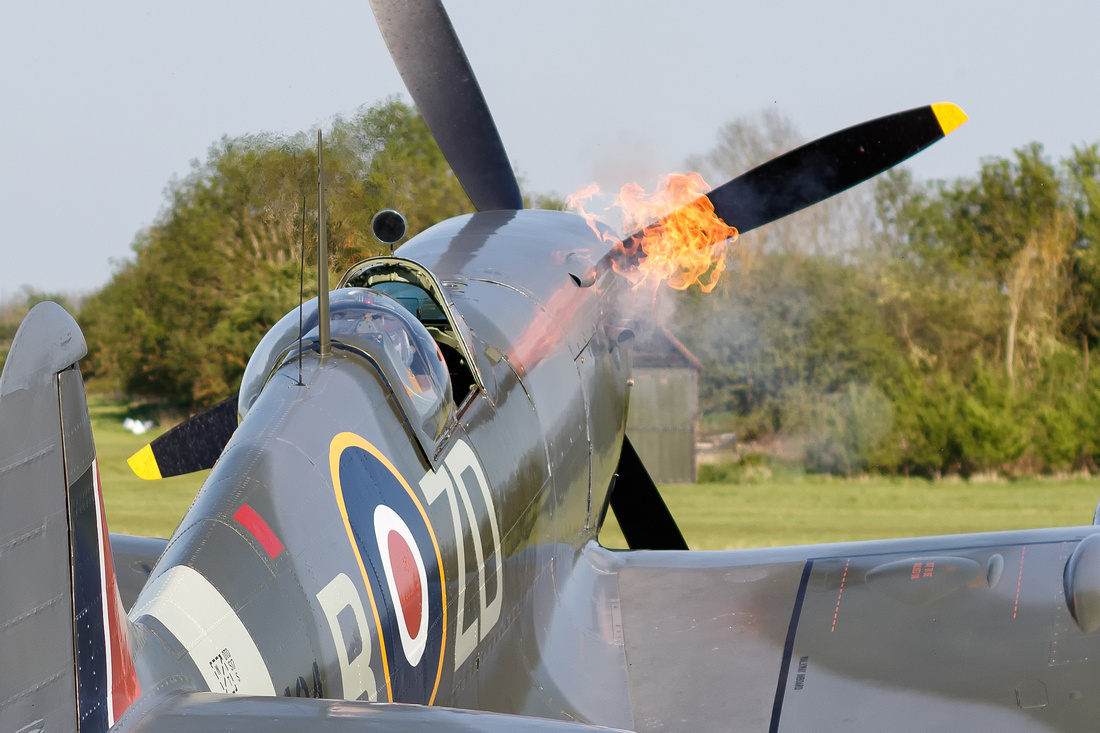 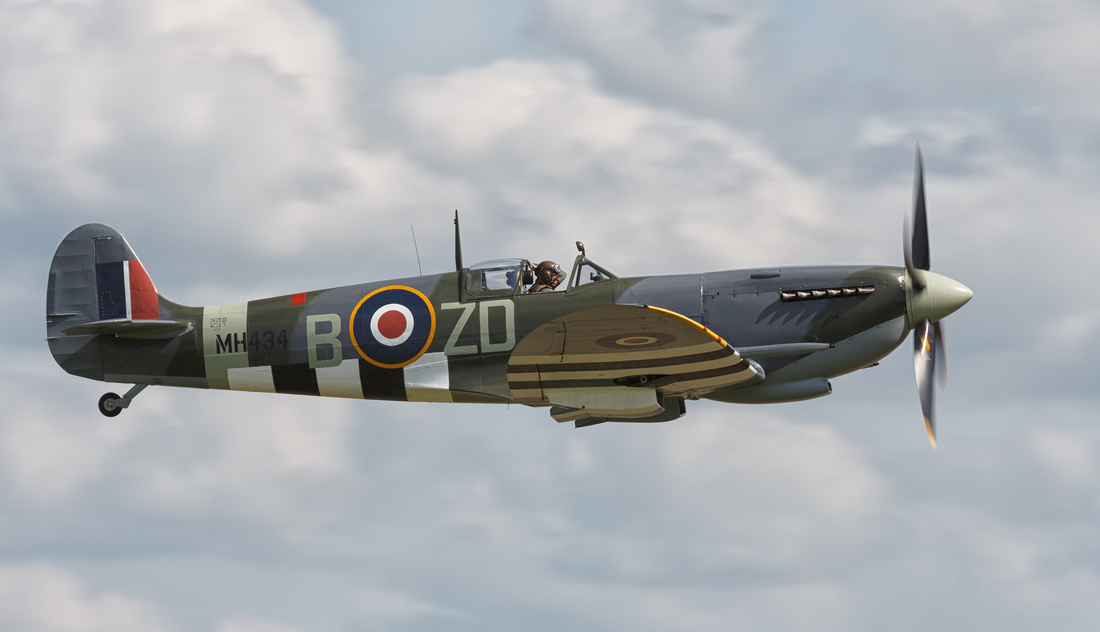 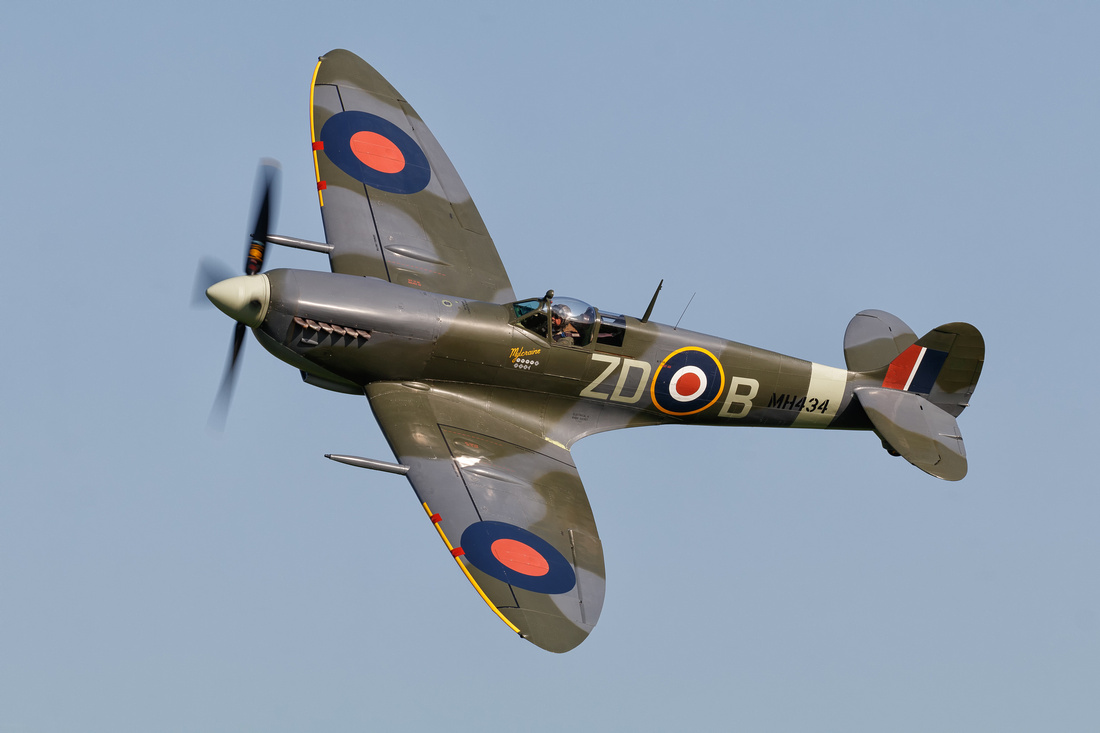